Why are Speakers and Sound Systems so expensive? 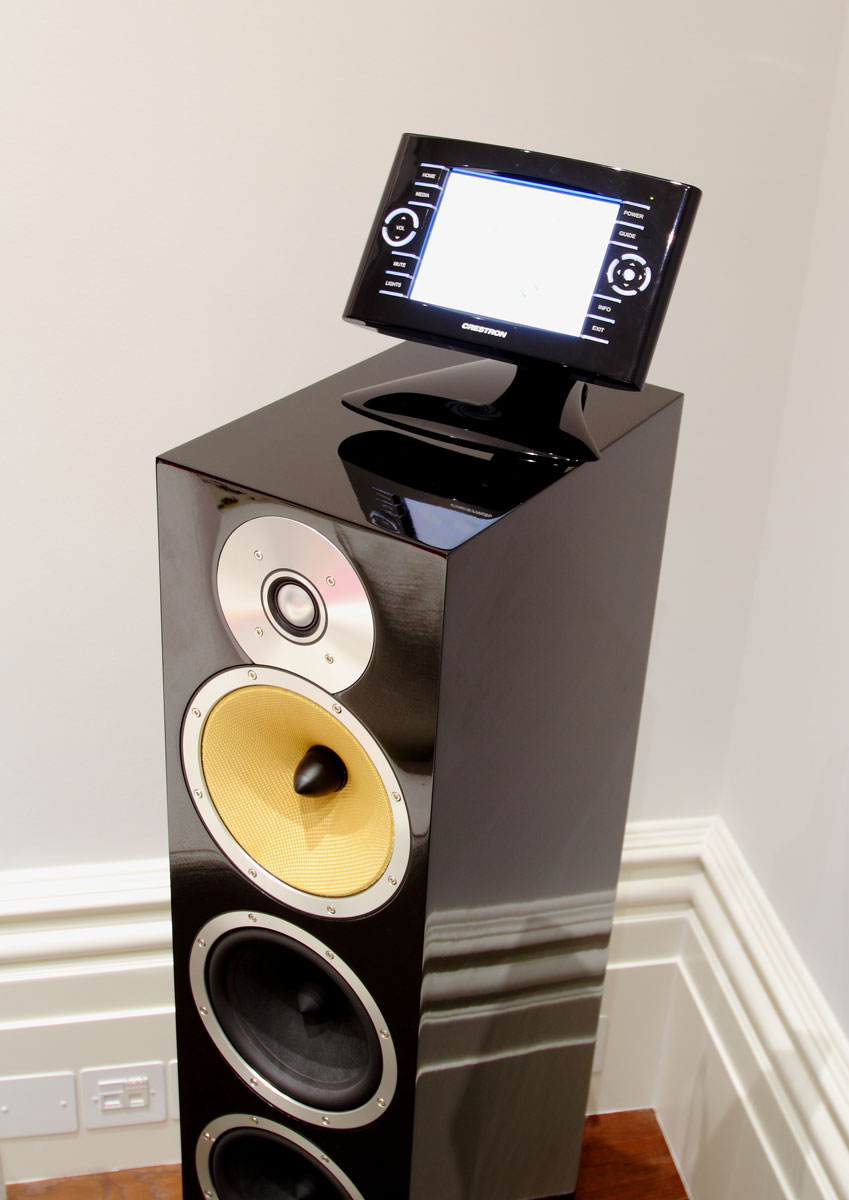 The world’s flashiest loudspeakers are a mix of extreme engineering and unreal aesthetics. A speaker system can cost as little as £50, or as much as £500,000. As a normal person, you probably have just one question about speakers that cost as much a property in London: Why and How?!

There are two main ways a more expensive audio product can be of better quality than another: sound and build. More expensive equipment tends to have more elegant curves and better finishes. More importantly is the sound quality. Put simply, the best sound is measured according to how close a piece of equipment can get to reproducing an audio signal exactly. You want to hear exactly what the musicians intended, right? This is when high-end audio does better than budget audio. It tends to be able to sound more like real life than artificial sounds reproduced artificially.

The bass: The low, deep sounds. These should have a definition to them, that you’re able to identify the instrument creating the notes

The build quality, and sound quality: These two things are better when you spend more on audio. 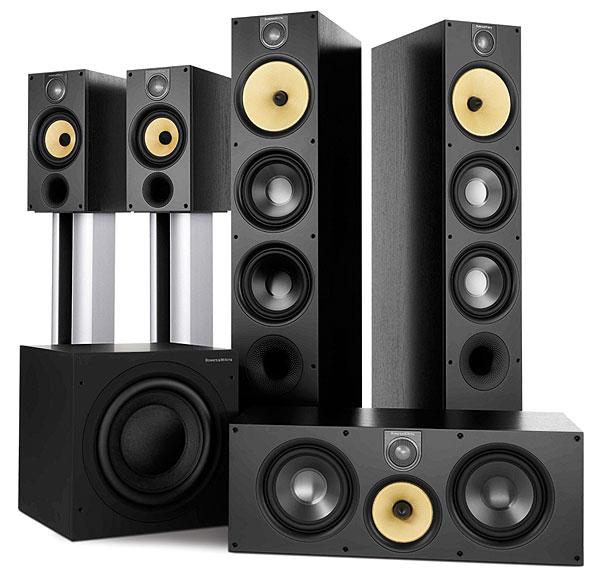 Most people assume that the majority of the work goes into designing the inverted cone “diaphragms” on the front of a speaker. However, with high end speakers, like Bowers & Wilkins for instance, the biggest cost is the casing. If we took a speaker like the Diamond 802, the curved outer shell is made of 20 layers of beech and multiple coats of lacquer, and it takes days of polishing.

That curved, layered beech is extremely strong, and this is important for sound distribution. The idea is to make it stiff so that it has no resonance and does not act as its own drive unit. When the diaphragm vibrates, the back-and-forth motion creates sound waves in front of it – but also behind it. Basically, if the casing vibrated significantly too, it would add additional sound to the mix, causing the music to be out of sync.

Another noticeable design is the Nautilus (below), the kind of inverted “horn” behind some of the drive units are not there for aesthetic purposes. These dampen and channel unwanted sound away from the listener.

Bowers and Wilkons have also developed drive units which deliver the upper frequencies (higher pitch) parts of an audio signal. Anyone making a speaker wants the diaphragm or dome to be as stiff as possible – but also super light. This is so that when it moves back and forward it can push air around with very little energy expended and without warping under the pressure exerted on it in the process.

The list of engineering features is ever expanding. From larger diaphragms made with what is described as “an aerospace material” to surfaces carefully dimpled so that air passes over them more smoothly. 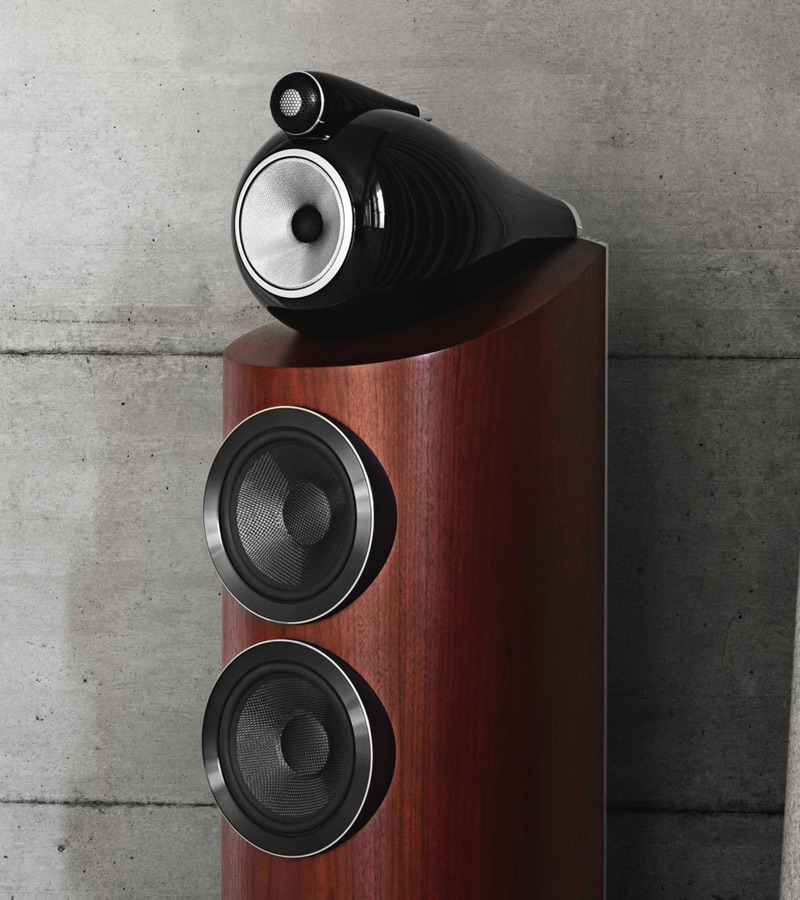 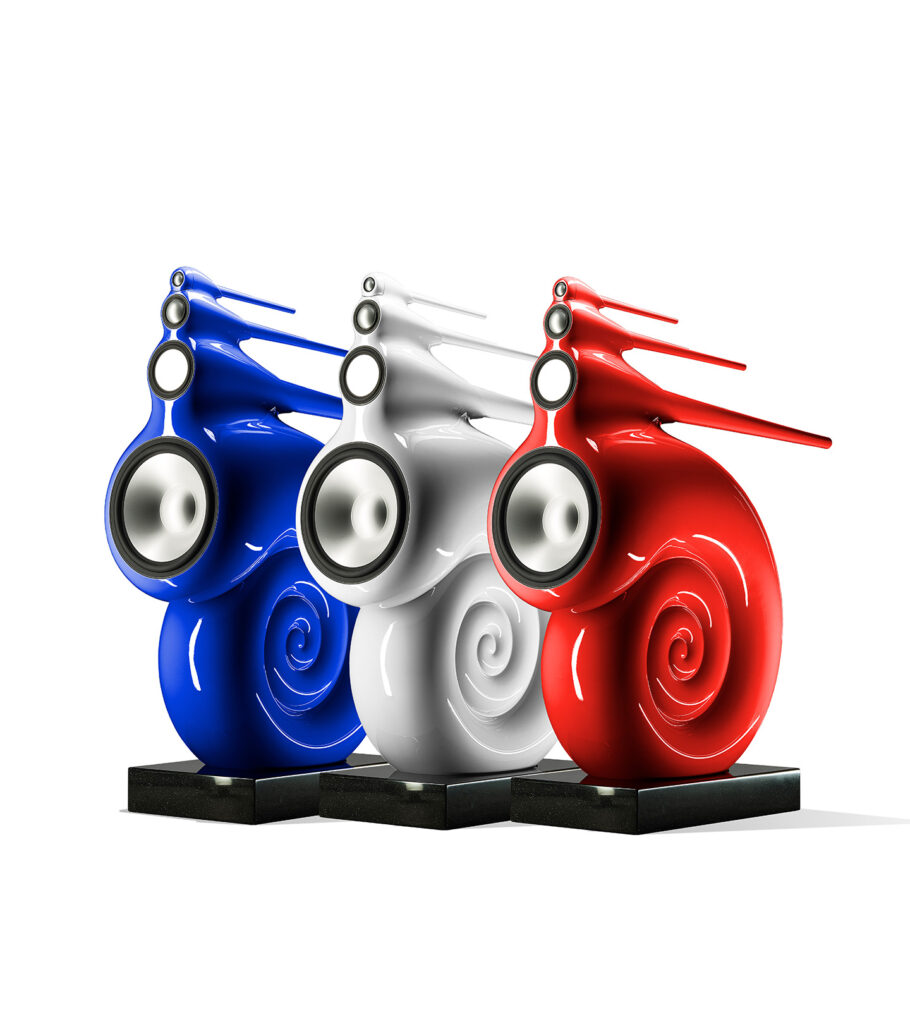 Determine which speakers are right for you:

Often called “tower speakers”, floor standing speakers are typically a few feet tall and slim. They employ multiple drivers and are designed with a lot of internal air space – this helps produce a deep and full sound. This internal air space is the main difference between floor standing and bookshelf speakers. Bookshelf speakers are smaller and have less air space, so the sound is not as full. 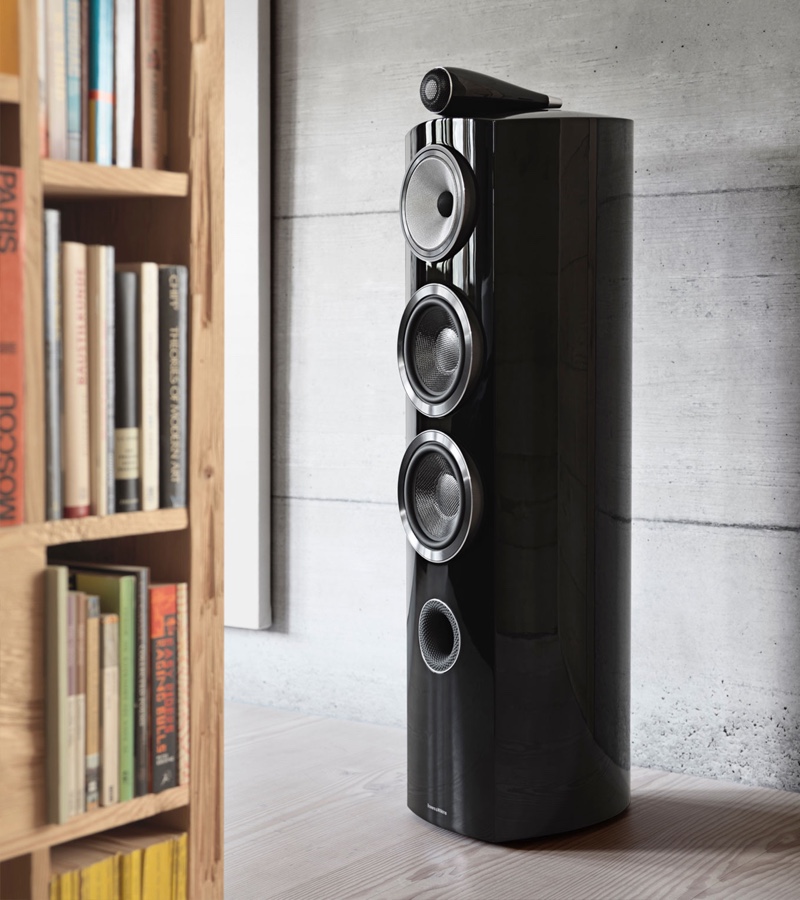 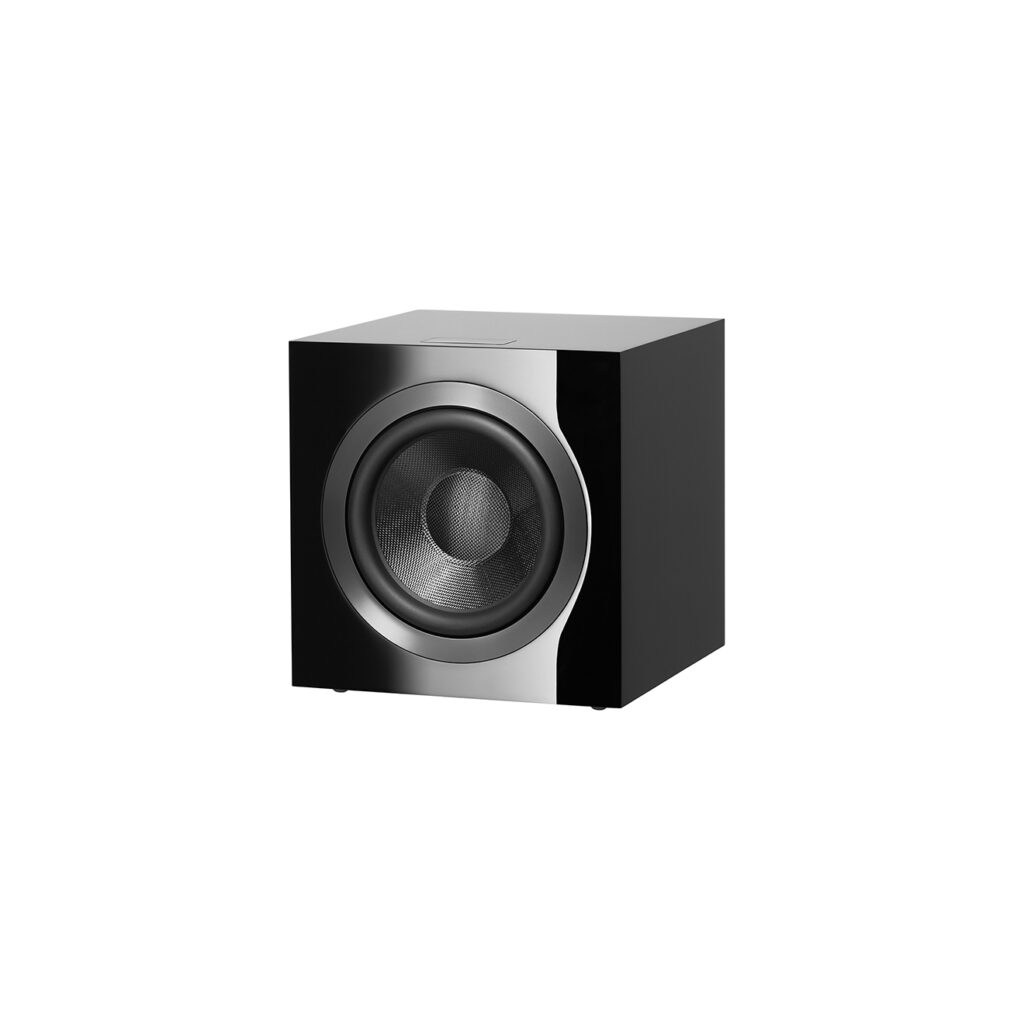 When shopping for a subwoofer, rattling the floor and enhancing your listening experience are key. They come standard or wireless. Wireless don’t need to be connected to a receiver or amplifier. Instead, they rely on a cutting-edge wireless transmitter for sending high-res bass content.

For Bass You Can Feel:

A real home theater experience means you feel as though you are in the middle of the action. These speakers can be placed behind or near your sofa so that you hear audio from different directions. They use wide dispersion surround technology to create a lifelike, cinematic experience. Ideally, you should place a surround speaker on the left and right sides of your seating area.

These do not require a receiver. Their amplification is built into the speaker housing. Often, powered speakers include inputs for various music sources, such as a CD/MP3 player or turntable. They may have support for Bluetooth and WiFi as well.

Designed as a center speaker channel for your home cinema or TV, sound bars improve the volume and clarity of dialogue. When watching movies on an TV’s built-in speakers, the quiet moments tend to be barely audible. This is because the movie is tailored for a full home theater system with a soundbar. Some sound bars will even include a wireless subwoofer that you can place anywhere in the room. 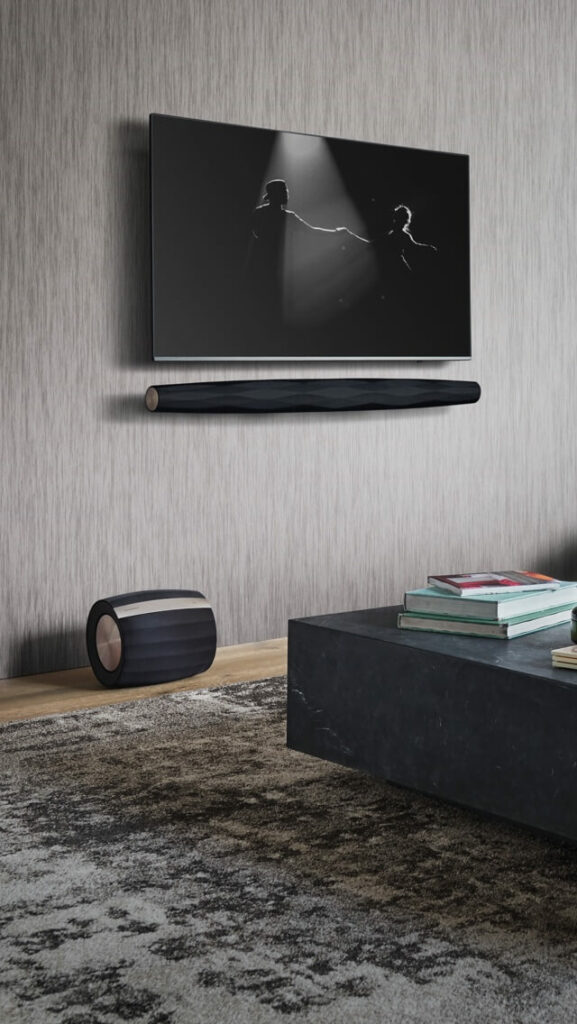 Want to enjoy rich, high-resolution audio on your back porch or patio? Outdoor speakers are designed to withstand the elements while also delivering acoustic clarity.

Some of them mount securely onto a wall, while others look like rocks that blend into the natural landscape.

If you want a app or control system that is easy to operate, can expand to every possible area where you want great sound, and can feed every music and audio source you can imagine all through your house, then we recommend no other than a Control4 System. It can handle multiple sources, can scale to many different rooms and zones, even outdoors. Most importantly, it is intuitive and easy to operate.

On your Control4 app, every room is clearly labelled with its location, like Master Bedroom, Garden, and Living Room. With Control4’s latest software, OS 3, managing media is simpler than ever. You can start playing music by choosing a source like Primephonic playlist. Then just set the volume you want for the room in which you start playing.
You can then choose other zones in the house you want the music to play – such as the Kitchen. Control4’s new media sharing allows you to see a list of different zones that you can play the same music in. Have a look at control4’s promo to understand what we mean.

Have a look at how MDfx Within can help you!

A home automation system is an all in one set up that brings elements of domestic security into one control app. For instance, an integrated home security system can include, but is not limited to; Lighting control, door entry systems, fitted alarm systems, CCTV, multi-room audio and video and window blinds – all of which can be controlled from a single app on your chosen device from wherever you are.

Show ME Your Services!

Check out our Projects 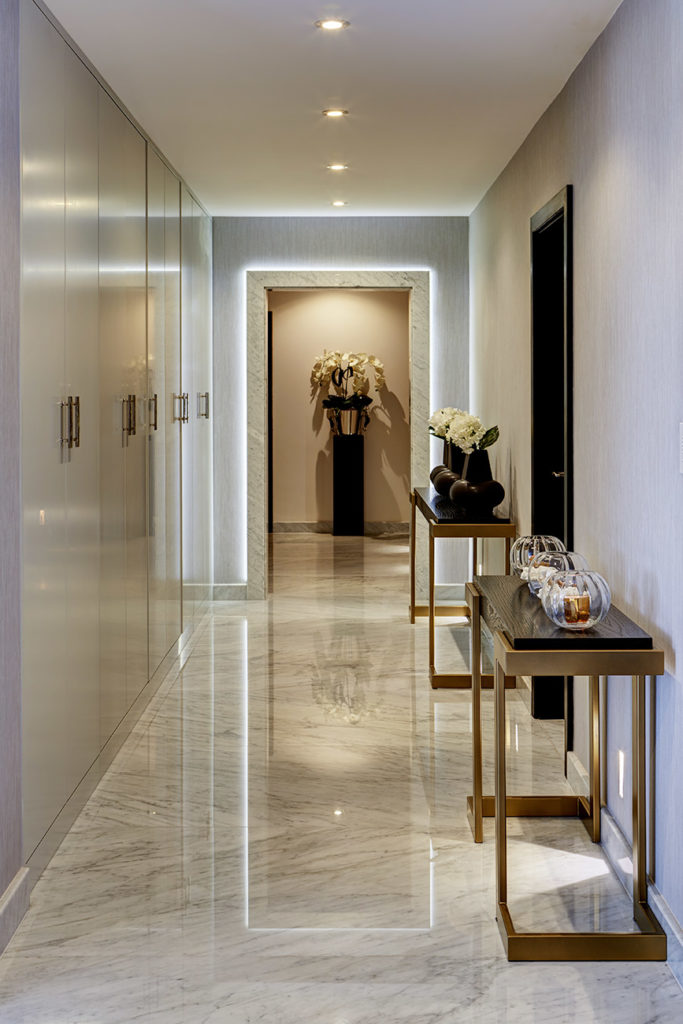 Check out our Projects 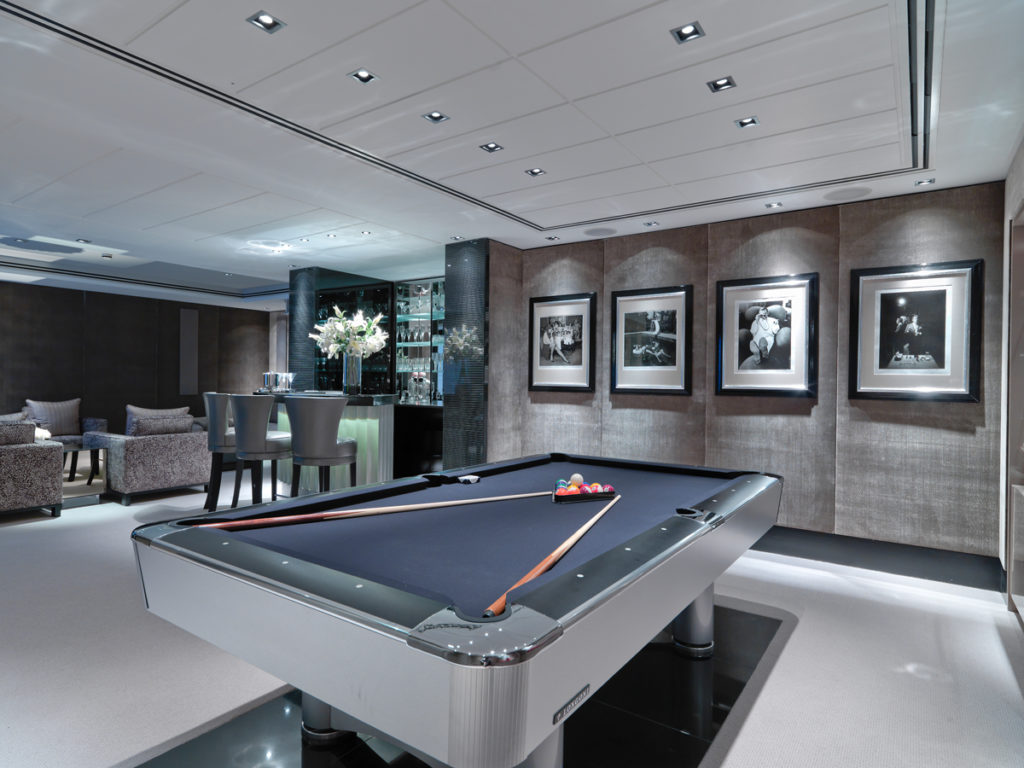 How To Turn Your Home Into A Smart Home?

If you’d like to know more about our smart home automation solutions, do not hesitate to contact us. We have years of practical experience and we’ll be more than happy to advise you on any aspect of your project.

We can then arrange a visit to your home to understand your requirements and give you an initial design concept for your project. We offer all this for free and without any obligations.

This site uses Akismet to reduce spam. Learn how your comment data is processed.

PrevPreviousControl4 OS 3 update – What are the new features? – MDfx Within
NextHOW SMART IS YOUR HOME? Discover the latest home tech that is changing the way we live!Next
On Key 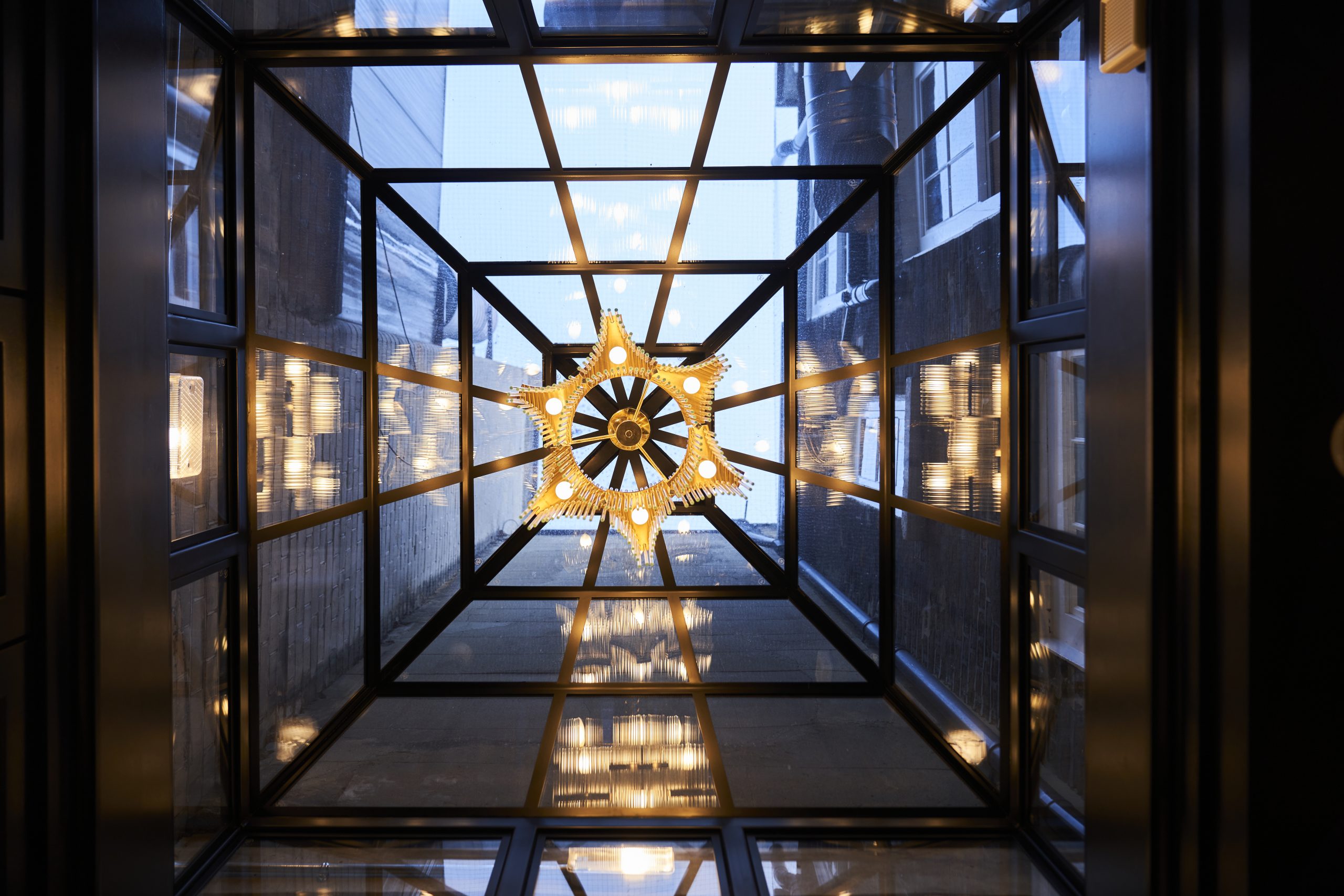 MDfx Within collaborated with DM Specialist on their design and fit out project of luxury jeweller retailer: The Great Frog’s new flagship store in Carnaby, London. 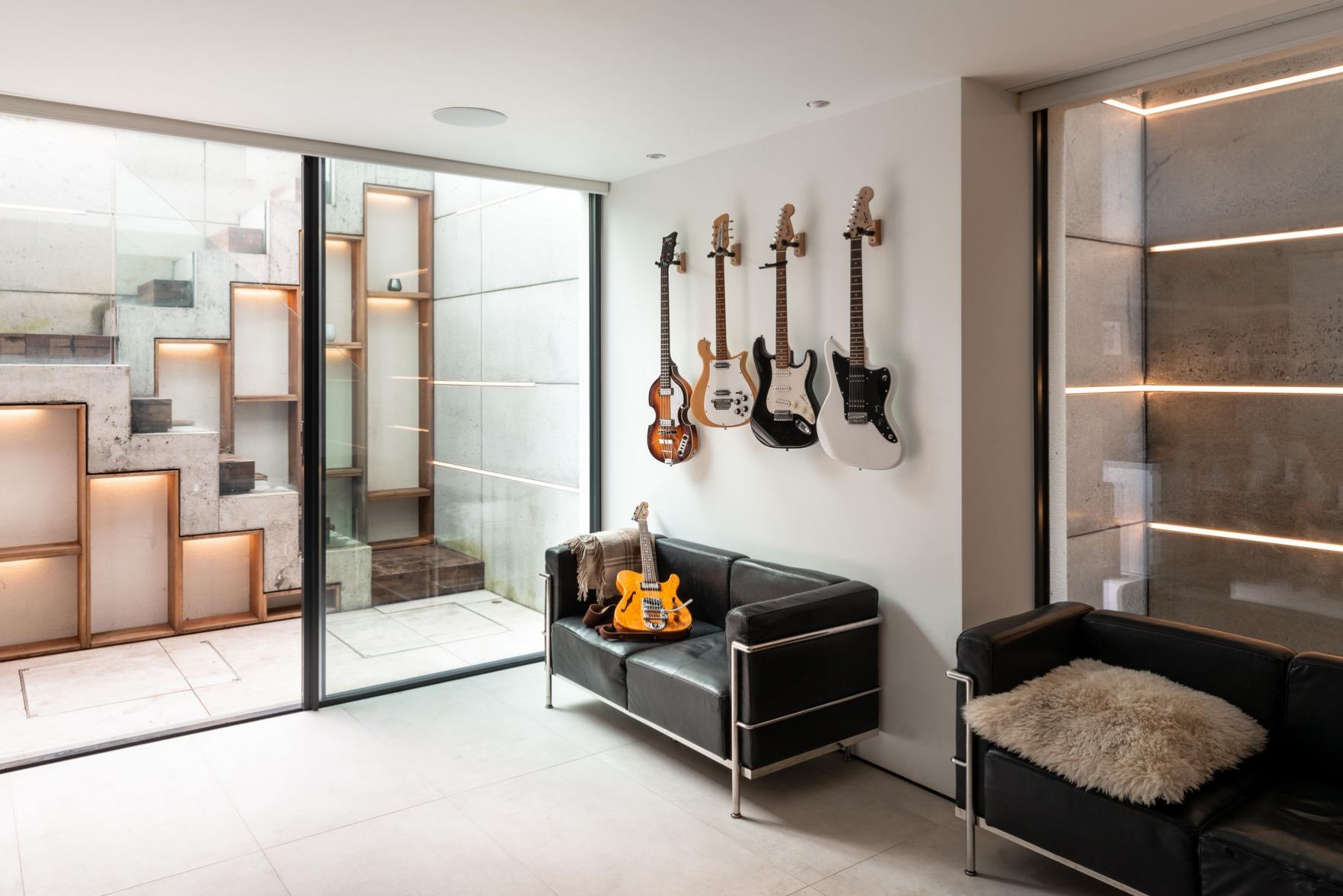 Food for thought: Timelessness in Architecture

How can home technology be timeless when it’s evolving so rapidly? Some even argue that a smaller and better version of a piece of tech is released every year or so… 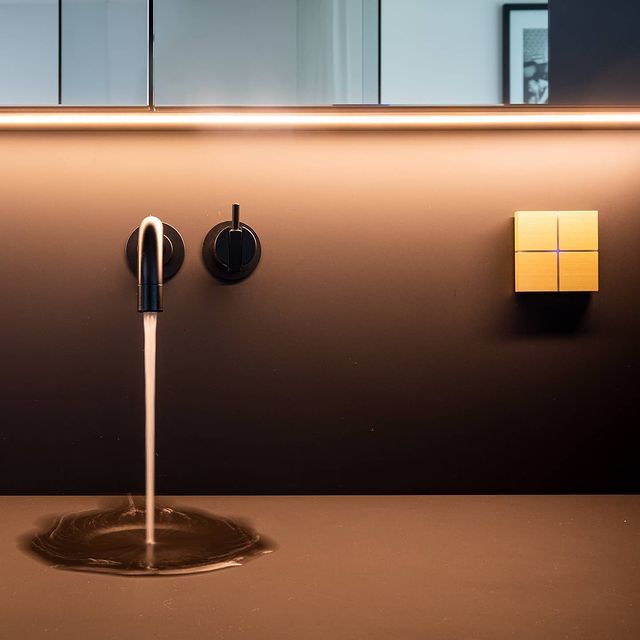 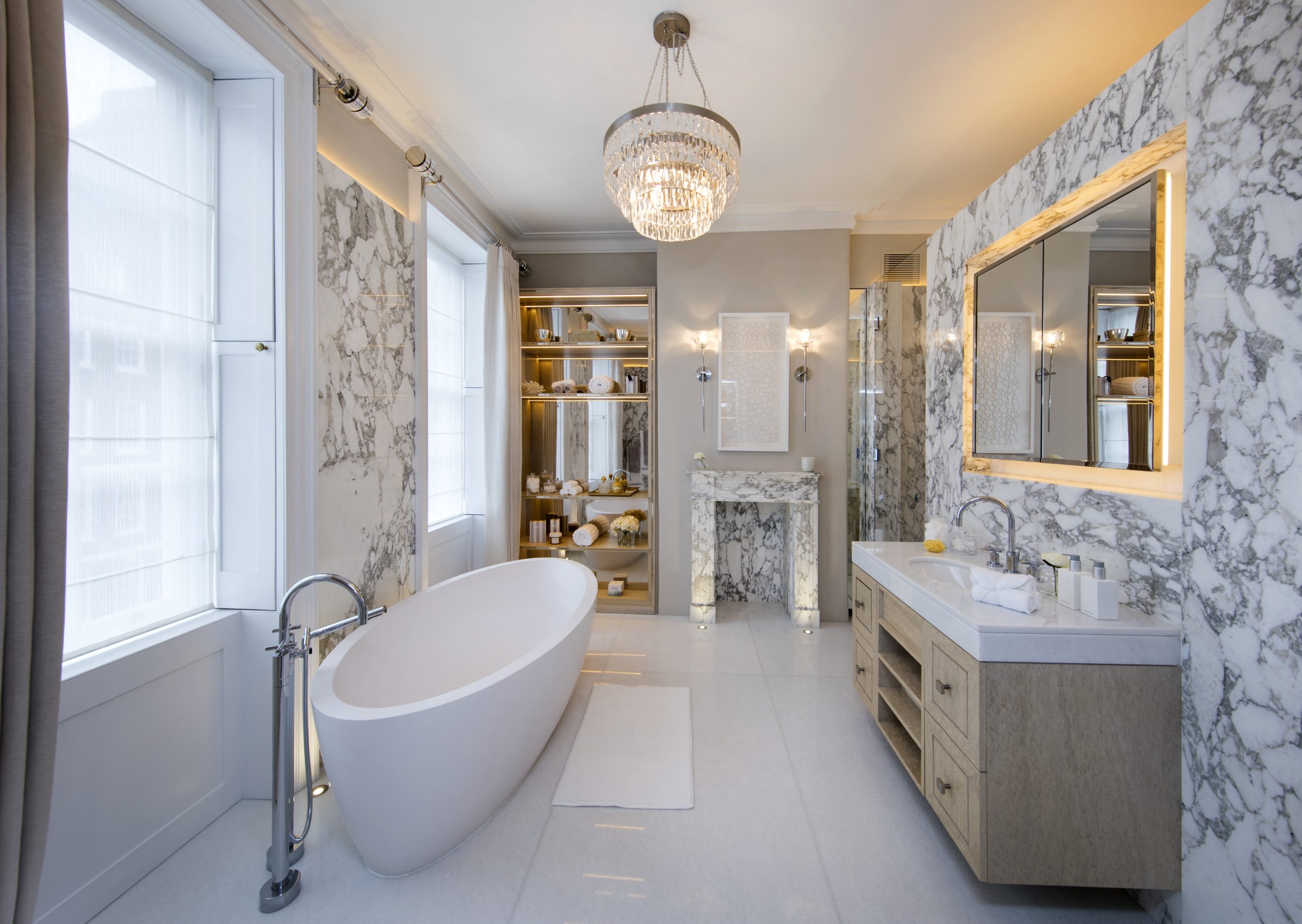 Food for thought: The Price You Pay

Nowadays there is so much home tech out there… there is a lot of noise about what what the best products are. The truth of the matter is… 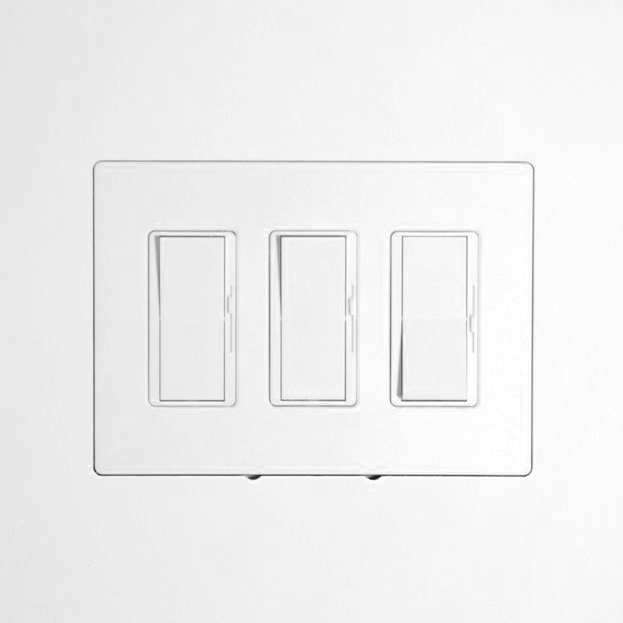 Today we would like to shine a light on WALL-SMART, the leading manufacturer of custom flush wall mounts for control devices in the smart home and building industries.